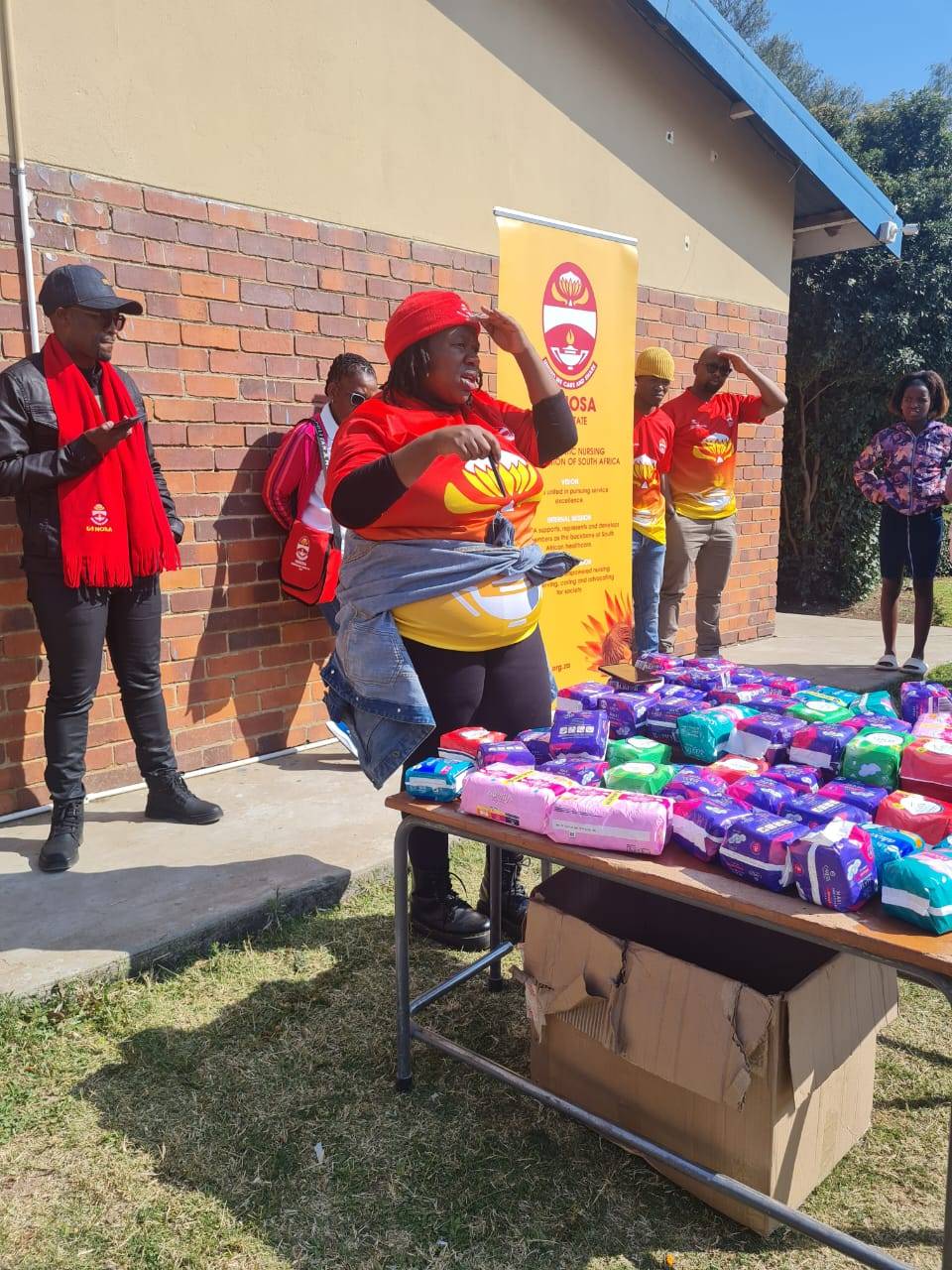 On Friday, 2 September, DENOSA Free State Student Movement donated 200 sanitary towels to the less privileged primary school pupils at two schools in Thabong, Welkom, as part of the Movement’s Toiletry Campaign, which was launched in February this year.

Since the launch of the Toiletry Campaign, the Student Movement has been collecting sanitary towels from DENOSA leaders, student nurses, fellow trade union leaders and members of DENOSA in the province and beyond. During the Provincial Student Movement Congress in February in Kroonstad where the campaign was officially launched, the congress collected donations from all congress delegates from all campuses, including donations from guests from the Department of Health in the province.

As part of its first distribution of the sanitary towels that have been collected, the Student Movement, accompanied by DENOSA regional leaders in Letjweleputswa and provincial officials, donated 200 sanitary towels to learners at Daluvuyo and Moremaphofu primary schools.

From here, four more schools will be visited by the Student Movement in the next two weeks where more donations of sanitary towels to pupils in need will be undertaken.

Many school-going girls often miss some days of school when they are in their periods due to not having sanitary towels. The campaign seeks to restore the dignity, confidence and academic brilliance of many young girls by providing them with what they need. 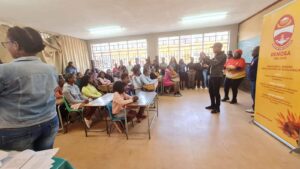 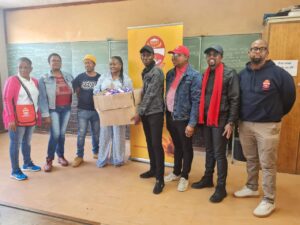 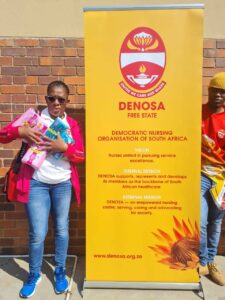 DENOSA President, Simon Hlungwani, who was the nominee 4 the 2nd Deputy President position of COSATU @ the 14th #CosatuCongress, has just announced at the congress the withdrawal of his candidature in the best interest of a united and a strong COSATU.

DENOSA delegates at the 14th #CosatuCongress on Day Two at Gallagher Estate in Midrand...showing a disapproving sign for the 3% offer by the employer at public sector salary talks.