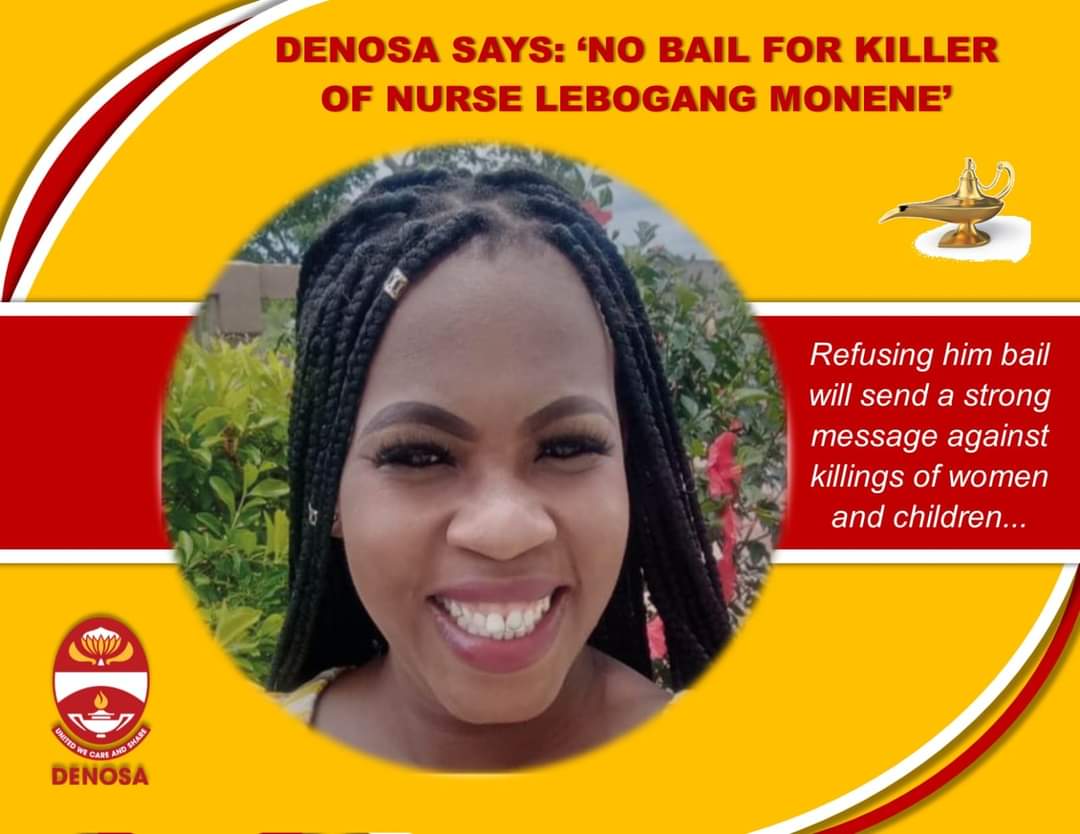 JOHANNESBURG – As the killer of nurse Lebogang Monene will be making his appearance once again at the Rabasotho Magistrate’s Court in Tembisa tomorrow, 20 July 2022 in his application for bail, the Democratic Nursing Organisation of South Africa (DENOSA) reiterates it call on the justice system to send a strong message to all potential killers and refuse him the bail that he is applying for, in the best interest of society and women.

While DENOSA Provincial Office Bearers (POBs) in Gauteng will be leading a provincial march of nurses to Premier, Treasury and Gauteng Health, their thought will also be in the court proceedings.

DENOSA believes that the refusal of bail to the perpetrator will be sending a strong message by the justice system that killing of innocent people who play a crucial role in caring for the vulnerable will not be tolerated by the country’s justice system and that such unwelcome behaviour is to be met by a punitive measure on the side of the state.

She was laid to rest at her home village of Marulaneng in Mokopane, Limpopo, on 19 February 2022.

Various community organisations, including organisations from her home town, will be attending the court case to voice out their opposition of granting of bail for this brutal killer.

DETAILS OF THE COURT CASE ARE AS FOLLOWS:

Issued by DENOSA in Gauteng.